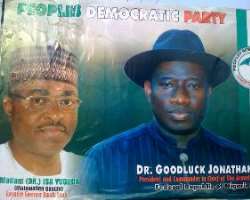 A cantankerous fete of financial maladministration holds the Bauchi State administration hostage. And at the doorstep of Malam Isa Yuguda's administrative machinery lies the anchor. This is as new information available to ukpakareports.com reveals that the Bauchi State Governor has begun to 'plead' with the officials at the Economic and Financial Crimes Commission [EFCC] to soft-peddle on the newly launched inquiry into the numerous financial transactions deem suspicious by the anti-graft agency.

The invitation concerned a N2.8billion financial transaction conducted by Bauchi State Ministry of Education over a suspicious textbook supply contract awarded to Longman Publishers for a warping N2.8billion. The textbooks were to be supplied to the Bauchi State primary and secondary schools. The contract which was awarded last year to Longman Publishers reportedly did not undergo the required due process as stipulated by the governing laws. The contract was not advertized publicly nor did it undergo competitive bidding. The contract was awarded to the company through the governor's direction to the commissioner of education. And interestingly, the payment of the said N2.8billion which was made in full was not paid through the ministry of education. Instead, it was paid directly from the Accountant General's office through the instructions of the State Governor.

According to unofficial but credible source within the EFCC, the invitation also concerns the illegal financial activities at the Bauchi State branch of FIN Bank where N1bllion cash withdrawals were made in one day out of the Bauchi State bank account domiciled there. The source pointed out that the anti-graft agency is interested in the financial activities between the Yuguda government and FIN bank.

Reacting to the letter, the invited officers of the Yuguda government, upon receipt of the letter, in panic, immediately sought refuge with the governor. Calming the nerves of his officers, Isa Yuguda took up the case. He directly reached out to the top officers of the EFCC. And as ukpakareports.com gathered, the EFCC was 'responsive' to him enough to have moved the date of invitation to an undisclosed date. The interrogating officer placed in-charge of the case, in a manner deemed puzzling, immediately boarded an unscheduled flight out of the country. A source within the EFCC indicated that the principal officer will return on Monday August 16, 2010.

Ukpakareports.com reached out to the Bauchi State Government through the secretary to the State government for a response but did not get a response. Text messages were sent to the SSG via 08065351414 but he failed to respond.

Meanwhile, in a related development, a federal high court seating in Abuja which had GARNISHED the bank accounts of the Bauchi State government domiciled at the FIN and Intercontinental Bank has added teeth to its ruling. It has begun contempt of court hearings against the banks for refusing to adhere to court directions. The governor of Bauchi State was reported to have instructed the Banks to ignore the court garnishment.