10 things we won’t forgive in a relationship? 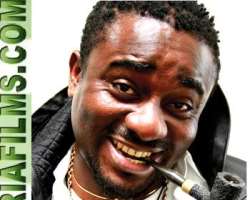 What happens when love goes sour? Resentment, bitterness and unforgiveness set in. Everyone is prone to make mistakes and as a result misunderstanding arises, tempers flare up, quarrels and then the partners begin to avoid each other.

The I'm-not-speaking-to-you mood may last for days and even weeks, unconsciously feeding the demon of unforgiveness. Has this ever happened to you? We went to town to speak with different people from different backgrounds on the 10 things they won't forgive in a relationship. It's revealing…

Tobi Ojo, Chartered Accountant
The things I can't forgive in a relationship include unfaithfulness and murder. Polygamy for me is also unforgivable. If my spouse should disrespect my family members I can't forgive that because I hold them in very high esteem. Lastly, when I find out that my spouse is gay (a homosexual), then I definitely take a walk because I can't tolerate that at all.

Tola Otuyo, Business Analyst
I would have listed a lot of things I won't forgive in a relationship but the truth is that what has kept my relationship going is that I have been forgiving all the while. And as the saying goes 'to err is human but to forgive is divine.' May I continue to have the grace to forgive.

Dayo Egbonwon, Marketer
I can go on and on about things I can't forgive but the basic things I know I can't easily forgive include a cheating spouse, lies, intolerance from my partner. Also I expect my spouse to be loyal all the time but if she becomes disloyal then I know there is a problem and I can't forgive that. If my wife is a bisexual or if she commits a heinous crime like armed robbery, 419 or murder then I can't forgive her because to me that is not the person I married.

Gbemi Abolarin
I was in an abusive relationship sometime ago. My man was cheating on me and he would flaunt it to my face. I tried my best to stop him but he never changed. Sometimes I even got the beating of my life and I would end up with injuries. On many occasions he would apologize and I will take him back. But in 2008 I ended the relationship despite the fact that we were almost getting married because it almost caused me my life. So what I'm saying is that I can't forgive someone who beats me and cheats on me no matter what.

Emeka Ike, Actor
Ten things? Wow! But really the only thing I can't forgive is my wife cheating on me. Also if my wife is rude to me in public but we can later trash that out and I can eventually forgive her. However, if my wife calls my mother a witch, I would forgive her you don't know may be she gave her reasons to be suspicious (laughs) too. But you know my wife is just another human and the bible says we should forgive one another.

Stella Monye, Musician
As for me , he ten things I can't forgive in a relationship include, cheating, lies, men who are not romantic, men who don't pay attention to their spouses. A bad dresser, mouth odour (laughs), laziness, men who talk too much and those that don't shave regularly.

Timi Gbenga
Really what is the essence of marriage if we can't cover up our dirty linen? But there are exceptional cases and my number one would be adultery. If she is fetish, that really scares me. If she commits murder intentionally but really if she later becomes sober I have to be there for her. In the case of fraud, well, if she is found guilty, convicted and she finishes her sentence she can still come back home. But when she is unrepentant and then becomes a menace in the society then I can't forgive that.

MC Abbey, Stand-up Comedian
I can forgive anything o! My heart is too busy with love to hold unforgiveness, no matter what. Trust me, I have seen things that could make someone find it very difficult to forgive but I can't, I just let go and let God take control of the situation.

Dayo Babatunde, Ex-Model/Fashion designer
Basically, the two most important things I can't forgive in a relationship are lies and cheating. You know cheating and telling lies go hand-in-hand. If you cheat, you would definitely tell lies. I can't also forgive men that are lazy and lack patience. In addition to this, men who can't tolerate children and men who don't listen to their spouse.