Maybe You Don't Know African China Or His Songs: See What He Said In Recent Interview 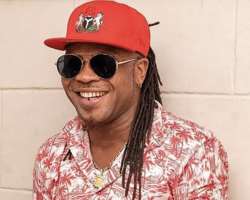 Following interview with Scoop, The Punch gathered that the popular singer, Chinagorom Onuoha, aka African China, admonished young artistes to stop complaining about the huge cost of promoting their music, since they also charge huge money to perform at concerts.

He told Sunday Scoop, “They should stop complaining, because they are charging money. If they are complaining of the huge sum of promoting their music, what about the huge amount they charge to perform at concerts. To whom much is given, much is expected.

“They should not complain, because things are easier for them now than back in the day. Inside their rooms, they can promote their songs, unlike then when we had to travel to Sokoto with VHS, and the rest. They are lucky, except for the lazy ones.”

Reacting to the notion held by some that reggae music was fizzling out, he said, “Reggae is a genre that cannot die like that, no matter how anyone sees it. The same thing goes for rap music and hip hop. Those genres of music cannot die. But, we would have to infuse one or two things into our music because times and tastes change.”

Asked if he was doing anything to groom and mentor younger talents, he stated that they don’t come to him. He said, “How do I help the younger ones when they don’t come to me? Is it not it the person that comes to one, that one would explain things to. Some of them have the mindset that I am no longer in demand.

The singer, however, insisted that he was still headlining shows. He said, “I just came back from Liberia where I headlined a show. I also just got back from London few weeks ago.

“I have been attending shows in Port Harcourt (Rivers State), and Warri (Delta State). I think I would start posting these things on my social media pages, so that people would know I still headline shows.”