See What Happened As Influencer Says Kizz Is The Same With Burnaboy, Wizzy 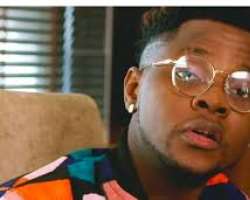 Popular Tweeter influencer, Daniel Regha has in a recent tweet rated Kizz Daniel to be in same level with Davido, Burnaboy and Wizkid.

He resented people who compared Kizz Daniel with CKay whom he referred to as an "upcomer" stating that Kizz Daniel has been a productive artiste in the industry for a very long time.

"Kizz Daniel is a top-rated artiste who's at the same level with Davido, Wiz, Burna & a few others. Comparing him with an upcomer like Ckay is !nsulting;..."

Following this tweet, one of Regha's followers identified as Joseph Essien quickly reminded him that Burnaboy is far better than every other artiste.

Joseph: "You fit deh mention names for comparison but no add burna boy he has left all the others behind🤞facts"