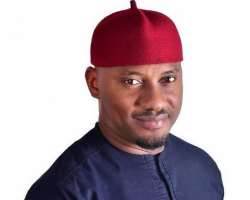 Popular actor Yul Edochie has revealed that God called him to be a preacher.

He however stated the reason he has not granted the call to serve him.

Yul speaking about his ‘divine’ calling to pastorage, claimed he’s had it for actually a long time.

However, he noted that he has long heard calling but he thought it wasn’t the right time to fully embrace it.

“I’ve had this calling a long time ago actually, many years ago. But I always felt maybe the time hadn’t come, the time wasn’t right,” he said