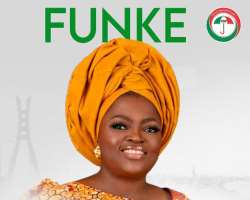 Few years away has got the interest of many celebrities into Nigerian politics. Interestingly, their sudden involvements into active politics was a shock to many Nigerians. However they include:

Banky W: Actor and singer, Bankole Wellington, popularly known as Banky W won the PDP primary ticket for Eti-Osa constituency in the Federal House of Representatives ahead of the 2023 general election.