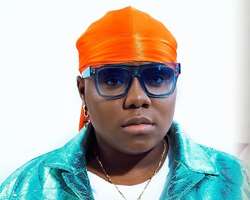 Popular songstress, Teniola Apata popularly known as Teni has been alleged of hiring a brute to descipline a student of University of Benin.

However what incited the phenomenal is yet to be discovered while an eyewitness alleged that a police officers who was present when the incident occured did nothing to stop it.

A clip released as evidence of the assault shows blood gushing out of the victim’s eye. The incident is reported to have occurred at Dome Event centre in Asaba, Delta state.

A Twitter user @MalachiAboh wrote:
“Teni Makanaki @TeniEntertainer rebuffed my friend’s cheers and instructed her bouncers to assault him. This happened at The Dome Event Centre, Asaba. Police officers witnessed the assault but made no attempt to intervene and the artiste drove off without even one question.”