GOVERNMENT HAS ‘LET DOWN’ VIDEO GAME DEVELOPMENT IN UK 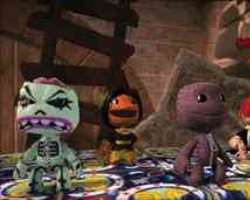 Mr Vaizey told delegates to avoid a culture of despair.

The games industry say it has been “let down” by the government, following its decision not to award tax breaks.

The premise giving the sector 20% tax relief had been floated by the Labour government before the last election.

But the Culture Minister, Ed Vaizey, told delegates at the video game Develop conference in Brighton that the case “had not been made”.

“We had already made a very convincing case to the previous government and both the Conservative Party and Lib-Dems said that they supported tax relief during the last parliament.

“We clearly convinced them at one point. What's essentially happened is the Conservative Party – and George Osbourne in particular – reneged on that promise.

“It's hard not to feel let down by them,” he added.

The driving force behind the games industry's push for tax relief, other than lowering its bottom line, is competing against the generous packages offered by other countries in their attempts to attract development studios.

Canada, in particular, is offering significant tax breaks – in some cases worth up to 40% – to encourage growth in the gaming sector.

Usurped
This has been a major factor in knocking the UK from 3rd to 5th place as the largest global developer of computer games.

But speaking to BBC News, Mr Vaizey said people need to avoid “the council of despair”.

“There is a huge range of talent in this country and that is still a massive pull to game developers.”

The award winning Little Big Planet was developed in a small office in Guildford.

This is the first time Mr Vaizey has spoken publicly on the subject and he acknowledged that – on this topic at least – he faced an audience mostly hostile to his point of view.

“I understood the video games industry's disappointment in what happened,” he said.

However, he did not rule out giving the games industry tax breaks in the future.

“There is still further opportunity and I welcome the decision to form a committee to review the tax situation,” he said.

Not needed
But not everyone in the games industry thinks it needs tax relief.

Nicholas Lovell – a business analyst for the gaming sector – told BBC News that tax relief would stifle development and creativity.

“If Canada's tax breaks are all about what they can afford, why would you end up in a battle with spending more with someone you know you can't compete with.

“We shouldn't be competing on their terms. Britain has a creative expertise, great universities and develop new business models.

“Tax breaks are easier for large established companies to exploit than for new firms to tap into, and as those smaller firms get bigger they end up building their business model round those tax breaks rather than exploring new opportunities,” he added.

In an interview with BBC News at the E3 Expo in Los Angeles in June, Yves Guillemot, chief executive of Ubisoft, Europe's largest video game publisher, said that incentives were needed for firms to “take risks”.

“What was good in the last few months was that the pound went down, so the cost of creating games went down,” said Mr Guillemot.

“But now the cost is getting too high.”
The rising value of the pound – due, in part, to the fall of both the US dollar and the euro – was making Britain “more expensive” in terms of both staff and export costs.

“You would need to ask George Osbourne on what he thinks the right value exchange rate for the pound should be,” Mr Vaizey told BBC News.

“Currency an indication of how healthy your economy is, but I agree that there is a balance to be struck [between that and the cost of exporting goods]“, he added.

Last month Nintendo company president Satoru Iwata told BBC News that the ongoing currency gyrations were having a significant effect on its profits.

“From that perspective, we cannot say our [global] economy as a whole has been stabilised and there is uncertainty on how to estimate our profits,” he told BBC News.

Mr Iwata said that government needed to do more to bring ongoing currency fluctuations under control.