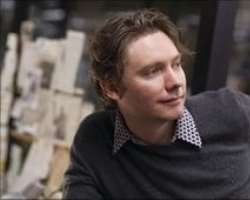 Film-makers Kevin Macdonald and Sir Ridley Scott are to make a film based on videos submitted by YouTube users.

Director Macdonald has asked users to shoot footage of their daily lives on 24 July. Sir Ridley will produce.

Life in A Day will be edited together into a documentary to be premiered at the Sundance Film Festival, in Salt Lake City, Utah, in January.

The Last King of Scotland director Macdonald said he was looking for “some real gems, some real magic”.

He said he hoped the film would be something that would “open people's eyes to the possibilities of user-generated film”.

“Of course, it's a risk.
“It could be that I won't get anything interesting back – but I don't think that will be the case.”

Macdonald, whose other films include Touching The Void, added that it is “not a mainstream film I'm going to make, it's an experimental film”.

YouTube users aged 13 and above will be allowed to upload their videos for the project and have a week to submit their 24 July contributions.

Users whose footage is included in the final film will be credited as co-directors and YouTube will fly 20 of them to the Sundance premiere.