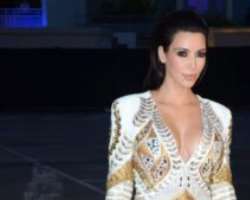 Kim Kardashian hasn’t filed for divorce from Kanye West yet, with outlets reporting last week that she hadn’t made a final decision as the couple spends time in counseling and tries to repair their relationship. But Entertainment Tonight got an update yesterday on how Kardashian’s decision process is going…and it looks like it’s becoming more certain that the couple will end their marriage, a source said.

“Kim is focusing on the new year and a lot of amazing things that are coming her way,” the source explained. “Kim has tried everything she can to make things work with Kanye but it's not working. Kim has held on to the relationship in hopes of a change and for the sake of the kids, but all signs are pointing to divorce.”

Kardashian got headline attention for posting new photos of herself on her Instagram yesterday where she is not wearing her wedding ring, presumably a public signal that reports of her and West imminently splitting aren’t off the mark.

And even E! , Keeping Up with Kardashians’ network, reported last week that Kardashian understands her and West’s relationship is over.

“They’ve seen each other for the sake of the kids but have been living separately,” the outlet’s source said. “Kim knows the marriage is over. She’s known for a while.”

The source added, “It’s not about the marriage anymore, she’ll always care for Kanye but it’s over between them. Kim is only focused on what’s best for the kids. It’s a tough decision for her and she’s figuring it out.”