Is It Really Just About Consistency? 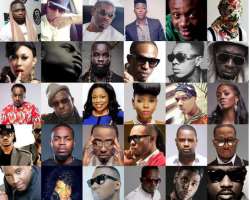 I was watching an episode of The Teju Babyface Show from two years ago on YouTube where comedian and talk show host, Gbadewonuola Olateju Oyelakin, known more popularly as Teju Babyface hosted Japheth ‘JJ’ Omojuwa. That episode was such a delight to watch and it reminded me of those days when, as a child, I would watch and admire Teju Babyface on TV. Teju Babyface has been doing TV consistently for God-knows-how-long, but if you honestly and carefully examine the scheme of things in the Nigerian television space at the moment, he’s not where a veteran like him should already be. What do I mean?

As a child, at the same time I was watching and admiring Teju Babyface, I was also watching and admiring Mo Abudu, the host of Moments With Mo; Cyril Stober, the endearing but now retired newscaster on NTA; and Funke Akindele, the veteran actress. Today, these three people are still well respected in the Nigerian media space, given the pride of place that they normally should occupy as veterans. Although Stober is the only one of the three that seems to have taken a bow from active service on TV, retiring only a few years ago, his reputation continues to speak for him like the others.

On that particular episode that I watched, Teju Babyface complains that his show is personally funded. He has to pay for the venue, the set-up, the band that provides musical breaks, and even pay TV stations to air his show. Can you imagine? You would think that someone like Teju Babyface would not be treated like an upcoming artiste who is just trying to break out. He himself makes reference to the situation of things in America. Normally, Teju Babyface – or even any contemporary of his in the industry – would have to be sought after by the biggest TV stations in town, be paid for his services, paid or sponsored for his wardrobe and paid for sponsorships and promotions on his show, in addition to other fringe benefits. It’s the case with the biggest TV hosts in the world – including Lilly Singh, who premiered her first show on NBC in the last quarter of 2019. But Teju, as he claims, is the one that now has to go to TV stations with cash in hand and heart in mouth to see if they can, please, give him some time on their network.

Teju’s situation makes me wonder if consistency is the only thing that is needed for success and continued relevance in our world today, especially in media and entertainment. Well, I think not. Of course, Teju isn’t doing badly at the moment. I mean, he runs his own show, is an author, and even owns a mentorship academy. He is not doing badly as far as the media/TV space in Nigeria is concerned. However, there is a wide gap between not doing badly and being on top when the roll is called. This has given me a cause for concern. I intend to be a big name in the media and entertainment space not just in Nigeria but all over the world, and I know that that takes time. But how do I know for sure that I would become a big name in the passage of time and not just one name faintly remembered in the memories of people? How do I remain on top for long and not lose eminence?

One thing that I can attribute to the loss of eminence by people once loved, admired and on top is the springing up of equally (or at least, sufficiently) employable options or alternatives. I probably will not call Basketmouth or AY to emcee my event when I can call a good enough Kennyblaq. Someone else might not want to invite Kennyblaq to emcee their event when they can call a good enough MC Lively. The thing is that these pioneers do their jobs so well and are loved so much that other people aspire to be like them and do what they do. Some of these young fans then grow up; hone their skills and talents; and gain experience and sufficient clout to threaten the monopoly of these pioneers. And when brands desire to have in their events the unique kind of experience or professionalism that only the pioneer usually brings, but realize that they cannot afford him or that he is unavailable, they naturally settle for the less experienced but sufficiently talented alternatives, albeit reluctantly. And when many of such brands repeatedly give those alternatives the platform, they (brands) directly and indirectly help in growing them (the alternatives) and readying them for the stages the pioneer thinks he has all to himself. In no time, the market of the pioneer becomes affected and he continues to get less and less invitations and recognition. This happens at the same time the alternatives are gaining experience from the many invitations they are getting, becoming even better than the pioneer, drawing larger following and winning more awards. The tide then changes and things will no longer be the same for the pioneer. The alternatives take over and, as time goes on, they become pioneers themselves. And then the cycle starts again. This played out in my days in the University of Ibadan. The comedian that organized the first comedy show and created a space and market for comedy in the university did not graduate as the biggest comedian or emcee in the university.

Another thing I have found to be responsible for this quite interesting turn of events is the breakdown of relationships. There will be no worse time for a pioneer to become arrogant and begin to fight everybody or be involved in scandals than when the alternatives are steadily catching up to him. That’s when you’ll hear that he is fighting his manager; that he has resigned from his record label of many years; that he was involved in many illicit activities; that he blackmailed a blogger or journalist; or that he has been arrested at the airport for drug-related offences. You see, the media and entertainment world is about perception and reputation. Your reputation is what will either bring or take away the lucrative endorsements, invitations and recognitions. By the time the pioneer erroneously begins to think that he can do it all by himself and he starts pushing important people away, gradually, all of his eminence and importance will fizzle. It’s only a matter of time before he is long forgotten.

Then there is the inability to keep up or transition with the times. When I talk about content creation, I refer to creative, presently relevant ideas and contents. A pioneer must be ready and able to flow and grow with the times. This, for me, is Teju Babyface’s Achilles’ heels. In that episode that I watched, he claims that he 'hates' social media. Of course, he does not mean it literally – no businessman or politician that intends to be relevant in this age will shove social media aside – but you’ll perceive in his tone and body language that Teju belongs to the generation of people who probably don’t see social media beyond a distraction for our youths in this age. A pioneer with this mindset is not likely to remain on top for long. This is because the bulk of his customers has moved and is now on social media but he is not interested in going there to meet them lest he contributes to the distraction of the present generation. According to a friend of mine, this is also the issue with Wale Adenuga Productions. Imagine being able to follow Super Story, Binta & Friends, and Papa Ajasco on YouTube like you can follow Skinny Girl in Transit and My Flatmates! If a pioneer does not sustain the ability to be flexible, it will be bad for him. If you don’t know how to use the social media well, employ people who do and pay them well. In the end, that will be an investment with a massive ROI (Return on Investment).

One should really read Oprah Winfrey’s story. That’s a real pioneer right there that has remained on top for a very, very long time. Pulitzer award winner, Les Payne, who, at the time, was working for Newsday, an American newspaper, was quoted to have described Oprah Winfrey as genuine, witty and attuned to her audience, if not the world. The quality of being attuned to the desires of your audience and the world, not just trying to carve your niché inspite of what anyone thinks, has always been the distinguishing factor.

This thing affects even our churches. Read of men and women of God who started their ministries at the time when there was no internet or social media. I’m sure you can mention some of them who are still alive and are still reigning today. In fact, already, some of them have their private jets. Look how flexibly they transitioned at different turns in their lives and ministries. Some of them established universities and research institutes, hospitals/medical centres, TV and print media. Some of them entered into other business interests.

We do not live life in isolation. We exist in a world with fads and trends. It is the job of the businessman or woman, pioneer or alternative, to carefully study their environments and markets, and to tailor their products and services along the present needs of the people. The height or peak of it all is where you, as a business owner, pioneer or alternative, are the one leading the trend. You can get to the point where you become so loved and talented and flexible that you now begin to influence trends and changes in trends. At that time, you’re not studying to find out what the trend is at the moment, but what it should be in the next ten years. This is how to make yourself and your business valuable and eminent for long. Pay attention. It’s not just about consistency, it’s also about good relationships, creativity and flexibility.

The life and rise of Lilly Singh, the YouTube star who now hosts her own late night show and is now worth over $10 million. Business Insiders. https://www.businessinsider.com/lilly-singh-youtube-net-worth-life-career-late-night-show-2019-11