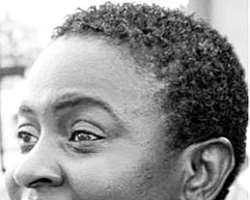 After another acclaimed stage outing by the Chain drama outfit, the founder of the CHAIN Theatre Festival, Mrs. Pamela Udoka, has said that the non-governmental organisation has plans to go into television productions.

During the 2010 Children's Day celebration, CHAIN staged Udoka's The Rejected Blessing, a play that makes a case for the protection of twins, who, according to the playwright, are still being rejected and sacrificed by some communities in Nigeria.

In The Rejected Blessings, a king banishes one of his queens for giving birth to twins, while also ordering that the children be killed. Fate, however, saves the 'victims' who have to live for a long time in the forest. A twist comes in the story when a strange illness befalls the king, who, according to the oracle, must produce a set of twins if he will ever get back onto his feet.

The play, acted by the pupils of some secondary schools in Lagos, among who are pupils of Fountain Heights, Surulere, attracted a huge crowd at the National Theatre, where it was shown a couple of times.

While the wife of the popular choreographer, Arnold, explains that the play that was first staged in 2009 had to be repeated to spread the message it conveys, she hints that the NGO will soon explore other media to champion its cause.

She notes, ”We want to go into television because we have TV programme ideas, but our focus will be children. I don't think I want to let the cat out of the bag now but be rest assured that CHAIN is growing. CHAIN will not end up only on stage. You will see CHAIN on TV, radio and you will see CHAIN in a magazine form.”

She adds that the theme will expand in terms of the subject that plays selected will address. Already, some of the other scripts she is working on are so diverse in focus.

Among such is Lamentation, which centres on child trafficking.