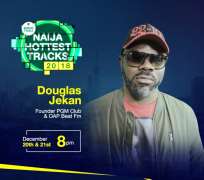 Africa's biggest music and entertainment channel, MTV Base, returns with another edition of its annual MTV Base Roundtable. MTV Base's Roundtable the definitive industry experts generated chart for the year's hottest songs in Nigeria.

Making use of a list of criteria, the panelists will be choosing which songs truly rocked Nigeria in 2018.

Previous editions generated such heated industry debate and sometimes controversies and this edition promises to be even hotter. You can join the conversation online by tweeting #MTVbasehottestnaijatracks2018 and following one of the year's most controversial music moments.