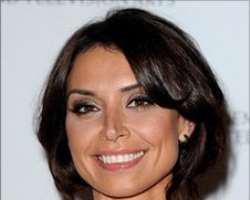 The One Show's Christine Bleakley has said she is “torn” over offers from both the BBC and ITV.

She issued a statement on her new management's website to quash speculation over her future, she said.

“I'm flattered to have received great offers from both the BBC and ITV, which I now have to decide between.”

She has signed to Avalon, the same as ex-One Show host Adrian Chiles.

Chiles left the show earlier in the year following the appointment of Chris Evans to the presenting team. Chiles said he was “disappointed” over changes to the show's format.

Chiles went to ITV where he is due to start hosting the GMTV breakfast show and also to front the channel's football coverage.

Bleakley said her current contract with the BBC was due to end “shortly”.

“We [Bleakley and Chiles] have a brilliant relationship on and off screen, although I can't say I'd particularly relish the idea of dealing with him at 5am every morning.

“On the other hand the BBC is incredibly good to me and I'm very close to everyone on The One Show, which I love presenting. The BBC's plans for The One Show are very exciting.

“I expect to make a decision on my future very soon.”

Releasing such a statement is unusual; celebrities do not normally say anything about contract negotiations until a deal is signed.

The BBC said in a statement: “Christine is under contract with the BBC until later this year and we will be talking to her regarding future projects in due course.”

The BBC said in May that comic Jason Manford would be joining Bleakley in July as co-host of the One Show from Monday to Thursday. Chris Evans will present on Friday.