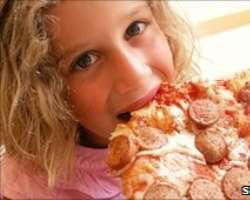 Girls who eat a lot of meat during childhood tend to start their periods earlier than others, a study suggests.

UK researchers compared the diets of more than 3,000 12-year-old girls.

They found high meat consumption at age three (over eight portions a week) and age seven (12 portions) was strongly linked with early periods.

Writing in Public Health Nutrition, the researchers said a meat-rich diet might prepare the body for pregnancy, triggering an earlier puberty.

During the 20th Century, the average age at which girls started their periods fell fairly dramatically, although it now seems to be levelling off.

Continue reading the main story
Meat is a good source of zinc and iron, requirements for which are high during pregnancy

Dr Imogen Rogers
Study leader
This is widely thought to be due to better nutrition and rising levels of obesity, which has an impact on hormones.

In the latest study, the team used data from a group of children followed from birth.

At the age of 12 years eight months, they split the girls into those who had already started their periods and those who had not.

Comparing their diets at the ages of three, seven and 10, they found that meat intake at a young age was strongly linked with earlier periods.

In fact, at age seven there was a 75% increased chance of having a period by age 12 in those eating the most meat compared with those who ate the least.

Although this finding was independent of body weight, the study repeated previous research showing that bigger girls tend to menstruate early.

'Plausible link'
Starting periods at an early age has been linked with an increased risk of breast cancer, possibly because women are exposed to higher levels of oestrogen over their lifetime.

But the researchers stressed there was no need for young girls to cut meat out of their diet as those with the highest meat consumption were eating a lot.

The seven-year-olds in the highest meat category were eating 12 or more portions a week, and the three-year-olds were having more than eight portions.

Eating a lot of meat may promote good conditions for pregnancy

Study leader Dr Imogen Rogers, senior lecturer in human nutrition at the University of Brighton, said weight could not be the only factor in girls having periods earlier as the average age had not gone down further with increasing levels of obesity.

She added: “Meat is a good source of zinc and iron, requirements for which are high during pregnancy.

“A meat-rich diet could be seen as indicating suitable nutritional conditions for a successful pregnancy.”

Dr Ken Ong, paediatric endocrinologist at the Medical Research Council, said there had been “vast shifts” in the timing of first periods over the past century.

He added that the link with meat consumption was a “plausible” one.

“This was not related to larger body size, but rather could be due to a more direct effect of dietary protein on the body's hormone levels.”