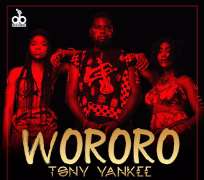 Currently, he is working on his EP titled “Ehjii to the World” and he is being managed by an Award winning Entertainment and Media company Ambassador Showbiz Plus which is based in Africa.

However, he has released songs like Piritunu, Okuto, Naija, Omo surulere, Candy, Beast from the East, Shaku, Owonikoko, kpo kpo mi, amongst others.

According to an interview with him on Entertainment Splash TVC, “music is an expression of love, feelings, life and I use music to affect lives positively”.

As a result, he went wild in this his video titled Wororo which has a fusion of Fela Anikulapo Kuti’s style; directed by Crucifix and produced by BMJ.