It Does not make Sense to Body Shame your Fellow Human…Actress, Tonto Dikeh Warns 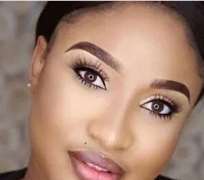 Nollywood actress, Tonto Dikeh, has also aired her view o the ongoing issue created by controversial journalist, Kemi Olunloyo, as she goes about shading people who are chubby.

Kemi started with comedian, Seyi Law’s daughter, Tiwa, after she and the comedian had a misunderstanding and this did not go down well with many.

She described Seyi Law’s daughter as suffering from obesity which is not healthy for a child or anyone as a whole. She did not stop there as she also made reference to Nollywood actress, Eniola Badmus.

For Tonto, who has been observing the whole scenarios as they play out stated that she was once in the same shoe of adding weight but that was due to child delivery and it was for a short period of time.

Tonto expressed that there is time for everything as it does not just make sense or add up for someone to body shame her fellow human.

“While others feel the need to Body shame a cute chubby Mama, I rocked my Fat with Grace..I never felt more beautiful. I knew it was a stage and that it was not permanent, I found comfort in the fact that I was a miracle producing Greatness for my Juicy man(Breast milk).

“When I got the "OMG TONTO YOU ARE SO BIG/FAT/UGLY" I smiled because little did they know THAT WAS MY MOST BEAUTIFUL STAGE(Proud Mom). My point is NO CONDITION IS PERMANENT, And where ever/whatever your situation, is it can CHANGE. If you ONLY believe,” Tonto wrote.