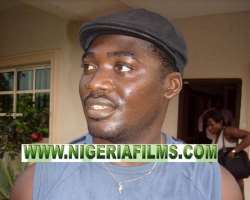 One challenge that has remained on the front burner in the African film market is that of producing quality movie and films. This challenge which is the crux of my talk is one that has been with us for as long as our industry has existed. At this point, it is important to note that I will be speaking largely from the perspective of Nollywood in my country Nigeria, which is the market in which I operate.

You will agree with me that to say that the aim or joy of every moviemaker is to see their film win an award or awards, will be stating the obvious. I am very sure that there is no producer, director, or actor who would not so very much love to be part of an award winning production. You will also agree with me that quality is a major factor in producing a potentially award winning flick. When we talk of quality here, the reference encompasses every area of technicality involved in the production of a film, from storyline, scripting, lighting, the set, audio quality, costuming, photography, you name it, even post production is included. So the question arises: why then do we have a high percentage of poor quality productions that cannot hold their own on the international scene. The answer to this question lies in the reality that the markets in most African countries are not organized.

To bring it better into perspective, let us look at it closely. Movie and film production is a capital intensive venture, and more often than not, the level of funding determines the quality of the production. Now, that funding is a major problem for the African film maker. For the purpose of clarity, the problem of funding does not simply arise because there is no capital to be invested in the industry. On the contrary, there are ready investors with the needed financial muscle to improve movie production in Nollywood and indeed Africa. However, the greater majority, if not all of them would not touch the movie industry with a ten foot pole. Why is this so? The answer is simple: Regulation -or if you like- organization.

Governments in most African countries are not involved in the movie industry. In Nollywood for instance, aside from censorship, there isn't any significant government involvement in the industry. Please do not misconstrue this. I am in no way advocating for government to be directly involved in the funding or process of production of films – even though I do not particularly see any thing wrong in that. Rather, what is actually needed from government are coordination and organization - not restrictions, and the provision of an enabling environment that will allow the industry to bloom maximally and become attractive for adequate private investment when they are assured that they can and will get returns on their investment.

This is not the case at the moment, because for every movie made in Nigeria the movie maker gets only a meager percentage of the revenue generated by the film while the pirates reap bountifully. We are talking of a ratio of about 30:70 in favour of the pirates, and this is a conservative figure, in real terms it is possibly worse. With this situation there is no gainsaying it that many investors will continue to be discouraged. At the heart of this problem is the need to put in place a proper distribution structure such that any investor in the industry will be able to recoup his investment duly. For as long as this is not in place, it will be difficult to achieve the level of qualitative production that can win awards at the world stage. The effect of an effective distribution network is already being enjoyed in South Africa, were analysis shows that the distribution system has succeeded in doubling and in fact in some cases tripling the revenue of movie's produced there. So it is clearly evident that the elimination or restriction of piracy through an effective distribution system helps to boost revenue and thereby increase funding by encouraging investors to inject their funds into the industry.

The funding structure that exists at the moment is that in which most producers fund their productions from their personal accounts or bank loans. I cannot fully enumerate the challenges that this poses, but in a bid to paint a clear picture I will quote extensively from S. Adeiza's “Genesis and Nemesis of film Financing in Nigeria” (Vol. 3 No.1, 1995) :

“Ossie Davies Kongi's Harvest was a flop, so was Chief Francis Oladele's Bullfrog in the Sun, which… refused to croak at the box office. The late Chief Ogunde, who left the theatre for film in 1980, with his debut Aiye, did not smile to the bank, despite the success and popularity of the film... The story of Chief Eddie Ugbomah, Dr. Ola Balogun, Adeyemi Afoayan (aka Ade Love), Moses Olaiya (Baba Sala)... is not different, for in most cases they were never able to recoup what they spent in making their films from the box office. Many like Moses Olaiya, did not only go bankrupt, but also became debtors...”

Another early producer, the late Adeyemi Afolayan, in his book “The Problem of Film Financing (1995), recounts how he took a bank loan to finance his film Destiny. According to him, he had to borrow further to repay the loan.

In the more advanced countries of the west, particularly in America, the existence of big studios that have enough capital to invest in movie production allows for professionalism and the execution of high quality productions. This does not exist here because as I explained above they cannot be guaranteed of their investments. This has lead to a situation where small time business men who have little capital are the ones now funding the industry –well, at least largely.

What this results in is that, firstly they (the business men) are not professionals and will not care so much about professionalism. Their primary focus will be on how to get returns on their investment, which -let us not forget- is scarcely adequate for the kind of quality productions we see coming out of America's Hollywood and India's Bollywood. Secondly, because of the unavailability of adequate capital quite a number of things are usually improvised. The list of improvisations is too long that I may begin to digress if I start to mention them here. But just for the sake of mention let me ask, in how many of our productions have we seen a set being constructed fully and wholly from the scratch for a shoot. I dare to say- none. This issue of improvising also affects the quality of scripts. In many instances the movies are from scripts written by people who are not professional screenplay writers. As such the electricity, pace and intrigue that characterizes most world class productions are lacking in many of ours.

I can go on and on, to begin to list the issues that affect the quality of our productions in Nollywood and indeed in most other African countries that look up to us, but that is not the object of this discourse. The issue here is to look into the how and why of producing award winning content for the African market place. But I raised all these issues because poor funding, a lack of the necessary government support by way of structures and the ineffective distribution system that exists hampers the ability to produce the kind of qualitative work that we in deed CAN produce. And this has continued to affect Nollywood negatively. That is why despite the increasing popularity of Nollywood films on the continent no Nigerian film picked up a major award at the last AMAA awards. This is all the more interesting when you note that AMAA is largely a Nigerian initiative. So the fact that no Nigerian movie won a major category speaks volumes of the challenge we are faced with. Zimbabwean veteran filmmaker Rumbi Katedza who is a member of the AMAA awards panel captures it succinctly in this interview in “The Guardian's” Life Magazine pull-out of March 17th 2009, where she said, and I quote:

“Nollywood… films are incredibly popular outside of Nigeria because we, as Africans, can relate to the characters and to the stories. The one thing that has to be constantly tackled is issue of technical quality(emphasis is mine).”

But for those who may begin to lose hope Katedza expresses the belief that there is hope. In her words:

“As the market for Nigerian films grows, there will be increased demand for not just a good story, but a good quality film as well, so, this will raise the bar of Nollywood films, and ultimately encourage competition around the continent.”

For now we can only dream of that day.