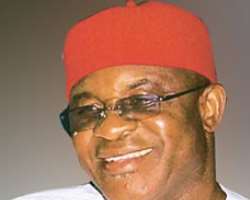 Senate President, David Mark
Today marks the eleventh anniversary of democratic governance in the country. For the first time, democracy has run uninterrupted for 11 years, witnessing the first crisis-free civilian to civilian transition. This is not to say that it has flown without its challenges. But in spite of the hiccups, the democratic governance has remained on course. This is why the nation's democracy has generally been described as nascent when compared to other democracies.

The democracy, which Nigerians now savour did not just stabilize, some institutions made the stability in the polity possible. Institution such as the National Assembly has played pivotal roles to complement the others to strengthen and deepen the process.

However, unlike other arms, the National Assembly has these years found itself in situations where it is torn between institutional interests and national interest, situations of crises never envisaged. But on each occasion, it has risen to expectation. However, that is not to say the legislative arm has not had its fair share of leadership squabbles especially, the Senate. In the times past, the upper chamber has assumed notoriety for frequent needless leadership change.

However, the current regime in the Senate led by Senator Mark that has been in place since the beginning of this administration in 2007 appears to be at home with what constitutes the ingredients of leadership and how to provide leadership to satisfy majority of interests.

The Senate leadership under Mark is the only one that has enjoyed a measure of stability since the beginning of the current democratic dispensation. The Senate in recent times has received accolades for its handling of national matters. Of note was its effort in dousing tension arising from the political quagmire created by the ill-health of the late President Umaru Yar'Adua, where it invoked the doctrine of necessity to install an acting president. This was at a time the country was at a junction of confusion and a few held the nation by the jugular capitalizing on the inadequacies of the constitution.

The setting aside of selfish interest to do what majority of Nigerians yearned for would occupy a pride of place in our history.

The dispatch with which the Senate screened and endorsed the ministerial nominees also got commendation because the timely approval fast-tracked governance which by then was comatose. Observers are of the view that the successes recorded by the Senate could not be divorced from its responsive and receptive leadership. This, it is argued, is because it takes courage and political will to take sides with the masses when it was obvious that the actions of the legislature were at variance with those of the powers that be.

One major factor that has distinguished Senator Mark's leadership of the Senate from those of his predecessors is the stability it has enjoyed both in its operation and relationship with the other arms. Those that are familiar with the terrain in the National Assembly will agree that it takes more than political sagacity to lead the upper chamber of the legislature. For him to have gone this far, he has effectively combined the wisdom of the elders with the dynamism of the youths. His style of leadership, many believe earned him the confidence of his colleague senators.

On February 14, 2008, the late President Umaru Yar'Adua conferred the national honour of the Grand Commander of the Order of the Niger (GCON) him. The late President, who was not known for frivolities, had said the honour bestowed on Mark was in recognition of his 'proven commitment to outstanding diligence, uncommon patriotism, and dedicated service to God, country and community'.  The President at that ceremony urged Mark to put his skills and industry to lift Nigeria from the state of under-development to that of progress and prosperity.

Initially his Senate leadership was not given a chance of lasting this long because of the turbulence that characterized the tenure of his predecessors who were seen as more politics inclined than Mark, a professional soldier and administrator. But years down the line, he has proved this wrong, much more so that political analysts began to wonder where he got the strength and charisma with which he has been piloting the affairs of the Senate peacefully by redefining legislative and democratic leadership for the ultimate good of the people.

At 62, Mark has already stamped an indelible footprint on Nigeria's history as he continues to bring to bear his outstanding experience as a soldier, administrator, politician and a legislator to exemplify that leadership at all levels flows from commitment. Once asked what his leadership policy is, the Mark retorted: 'My philosophy of leadership is a covenant derived from the divine injunction which instructs those in authority to make the welfare of the led their watchword. It is divine prescription that those in position of leadership, influence and authority must utilize such as a duty to seek and achieve the welfare of the downtrodden in order to strike the godly balance for the good of all.'

Interestingly, Mark has been matching words with action both as a government official and as a private individual, leaving a clear mark. This is because since his appearance in the public arena culminating in his election as Senate President, Mark has maintained a track record of disciplined service.

To achieve its set goal, the leadership of Senate under Mark engaged in series of institutional and technical innovations to further the constitutional role of the legislature to meet its challenges. These include periodic technical capacity building programmes for legislators and management of the National Assembly, accelerated consideration and passage of key legislations to enhance the current economic reforms, strategic institutional interventions through expanded oversight activities to ensure best practices.

Few weeks after it commenced plenary in 2007, the Senate beamed its searchlight on the oil and gas sector, a sector past Senate had merely observed with trepidation in the face of allegations of malpractices and fraud by operators.

Some Senate committees have been engaged in investigating the causes of collapse of infrastructure in key sectors including transport, power, education, health, agriculture and findings have led to series of changes in legislative and policy direction for the good of the nation.

These efforts have started yielding results. Currently, some of those indicted by the Senate through its standing committees for alleged misappropriation of public fund and abuse of office are now being prosecuted by relevant authorities, serving as deterrence to others; Senate has with the sectoral probes recovered over N600 billion unspent appropriations which were diverted to private purses. This fund is being re-injected into the economy for the good of all.