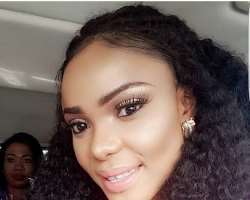 Fans of the Nigerian entertainment industry sure have some things to enjoy especially when it comes to Nollywood because lots of things are really happening in that sector.

Recently, news went viral that Nollywood actress, Iyabo Ojo, is the brain behind controversial journalist, Kemi Olunloyo’s imprisonment as it was alleged that after a court granted her bail, a Federal High Court in Porthacourt further remanded her in prison again.

Well, Iyabo will not keep silent and watch her name being dragged in the mud as she has spoken up stating that she knows nothing about the journalist being in prison.

In her defending the actress, her lawyers have spoken up on the case, “The attention of our client has been drawn to a publication in the instablognaija. This is to notify the general public that Iyabo Ojo did not write any petition against Mrs kemi olunloyo. The purported publication which is premised on a witness statement allegedly signed by her was endorsed in the belief that she was a witness to an event which is totally unrelated to the purported petition her name has been maliciously dragged into. We therefore implore the general public to disregard the content of the said publication. Barrister Frank Eke.”