Nicki Minaj breaks up with her beau 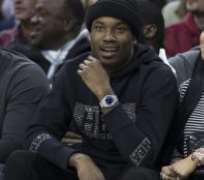 Minaj, 34, broke the news in a tweet on Thursday, writing:  “To confirm, yes I am single. Focusing on my work & looking forward to sharing it with you guys really soon. Have a blessed New Year. Love u.”

Rumors of the couple's split hit the internet last month after the 29-year-old rapper briefly deleted his Instagram account and his now-former girlfriend began posting cryptic messages hinting that the relationship is over.

Minaj posted a quote that reads , “Your value doesn't decrease based on someone's inability to see your worth.”

She also posted a photo of blue and gold Chanel sandals with lyrics to  Beyoncé 's song “Best Thing I Never Had.”

“Thank God u blue  it. Thank God I dodged the bullet. I'm so over u. Baby good lookin out,” Minaj wrote on Sunday, thanking her friend Sinceré for the “epic gift.”

Minaj shared happy photos of the couple as recently as early December. In one shot, her beau kisses her foot while lounging on the couch and they are seen kissing in another.

Although the “Starships” singer has shown off multiple rings that sparked engagement rumors, the couple has  repeatedly denied having any wedding plans.

“I'm not engaged yet,” Minaj said in her April cover story of Nylon . “He said that my third ring would be my engagement ring. But sometimes he calls me his fiancée, and I'm always trying to stop him, like, 'Nope! I ain't got that third ring yet!'”

Minaj continued: “We're just taking it one step at a time. And, you know, if that happens, if I get married, then I'll have a child, and that'll be fun, because I can't wait to hold my baby.”

The two went public with their romance in March 2015.

Mill has not publicly commented on the breakup.