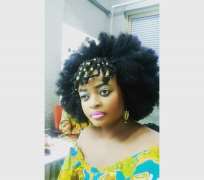 Godmother of GH Dancehall Shegee Styla now known as Shegah seems to make a mark after her mainstream reappearance in to the music industry.

The label whose office is currently located in the plush Mövenpick Ambassador Hotel in Accra is expected to turn the Dancehall artiste’s career around to a higher realm.

Production has already commenced with banging tunes recorded by the songstress , ready to be released and aired across various radio and television stations as confirmed by the director of production, Mr Logic.

Over the past years, the Greater Davids CEO ,Mr Logic has done great by nurturing, managing, discovering and producing mainstream dancehall artistes such as Jupitar, Shatta Wale, Vybrant Faya[late], A.K Songstress, Virgo among others.

Top notch music producers including Masta Garzy, Brainy beats, Fimfim and Tom Beats were involved in the initial production with others expected to be rolled on board.

We wish her all the best