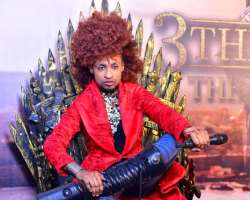 It will be an unforgettable evening in the minds of music lovers who attended ‘3Thrones Concert’ which held on Sunday, October 23 2016 at Eko Convention Centre, Eko Hotels & Suites, Victoria Island, Lagos.

See the dazzling photos below.