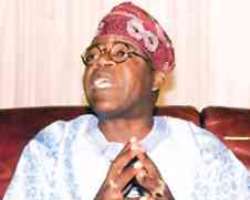 Oshiomhole, Tinubu, Aare Musulumi of Yoruba land, Alhaji Abdul-Azeez Arisekola-Alao; and Chairman of Fulham Nigeria Ltd., Chief Hamzat Olamuyiwa, are the guest launchers at the event, which will hold on Saturday, May 15, at the Ondo Central Mosque.

A statement by the Secretary of the Fund Raising Committee, Alhaji Yemi Adewetan, said that the chief launcher would be a business magnate, Dr. Wale Babalakin (SAN).

The special guest of honour is Ondo State Governor Segun Mimiko while the chief host is the Chief Imam of Ondo, Alhaji Bashir Alimi.

The statement added that the Osemawe of Ondo Kingdom, Oba Victor Kiladejo, would be the royal father of the day.