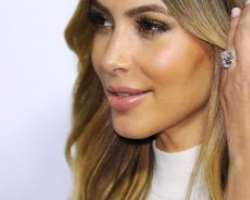 SEE ALSO: Kim Suspends Filming Of ‘Keeping Up With The Kardashians’

The mother-of-two received the upgraded piece of jewellery from Kanye as a celebratory gift after he closed a deal with Adidas to sell his YEEZY line of clothing.