My Wife Has To Be Educated, Homely — Pasuma 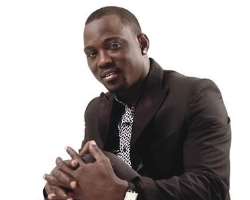 It's not a new thing. People have always described fuji music as a genre for touts and that perception has existed for a long time. People called it street music, some others called it gutter music but I call it good music. I have not allowed it to affect me or my career.

People like KWAM1, tried to make people have a better understanding of fuji music. I would not say his efforts did not yield much because he did everything to ensure that fuji music becomes the kind of music everybody would love to be identified with.

On my own part, I mingled with hip- hop artistes who are considered the elite in the music industry. People believe they are the posh and educated among artistes. I infused hip-hop into fuji music. I have also worked with several hip-hop artistes. They feature me in their songs and I feature them in mine as well. So far, the reception has been good. Because of that, people now began to see fuji music in another light. Today, I can say that I am one of the artistes who have given a new meaning to fuji music.

Compared to other genres of music, why is fuji considered a  less-peaceful type of music?

In the past, people thought that only area boys listened to fuji music. Now, even people in the corporate sector listen to fuji. After work, you see them with their suits and ties, dancing to fuji music. That is how far the genre has come. It is no longer  a genre for illiterates; people with master's and doctorate degrees attend our shows. In fact, because we now have well-educated people patronising us, there is a reduction in the number of area boys who appreciate fuji music.

Why is there rivalry among fuji artistes?

There is rivalry everywhere. You will find it among hip-hop artistes; for instance you will find rivalry between Wizkid and Davido. It is something that is bound to happen and you cannot run away from it. The reason why people think that rivalry is more pronounced among fuji artistes is because of the abusive words that make up the lyrics of our songs. In spite of all, I have done a lot of collaborations with other fuji artistes. Unless you do not want me on your album, I will cheerfully accept to work with you.

Can fuji artistes sing without using abusive and vulgar language?

Even though we are trying to change that aspect, it is also a marketing strategy. If an artiste hurls insults at you and you ignore him, people will not buy your album. It is when you reply him that people would rush to buy your album because they want to hear what you have to say. That has been  the tradition of the industry for a long time.

Slangs are also peculiar to your industry…

It is our way. I come up with slangs so that people would notice me. As a fuji artiste, you just have to be creative or else you would become irrelevant. You need people to talk about you and your music. These slangs have meanings and it is just a way of putting words in people's mouths.

Why have you taken up several aliases since the start of your career?

In any business that you are involved in, you need to make people know that you are still relevant. In the past, I was known as Arabambi and Otunba K1.    I am now known as Oganla and Ijoba of Fuji. I still use all of these names from time to time. The only one I no longer use is Arabambi because I am no longer with the group.Arabambi is a caucus founded by KWAM1. Even though he is somebody I respect, I do not belong to the caucus any longer. I created my own caucus.

Did you create your own caucus because you fell out with KWAM1?

KWAM 1 belonged to a caucus founded by the late Sikiru Ayinde Barrister.  He pulled out of that caucus in order to found his own. As you can see, my decision to pull out of KWAM1's caucus, is not a sign of disrespect. He is still my senior colleague and he was already doing music before I joined the industry. I respect him a lot. What  I did was to create a caucus for my own people.

Do you do any other business apart from music?

No. The only thing I do that puts food on the table for my family and I is music.

How come Globacom dropped you as one of its ambassadors?

I was a Globacom ambassador for about six years. I started with them in 2008 and I was with them up until 2014.The company is in a better position to make known the reasons why I was dropped. As it is now, my contract with Glo has expired. I am no longer with them and any other company is free to endorse me.

Why have you decided to remain single?

I am not single. I have children out of wedlock. I am married to my children and I am happy with them. That does not erase the fact that I may decide to get married tomorrow.

What kind of woman are you interested in getting married to?

I want a woman who has the fear of the Lord. She has to be educated and homely. If I find a woman who has all these qualities and a few extras, you would be the first to know.

They are all my friends and we are in the same industry. That makes it easy for us to understand each other.

Does that mean you might end up marrying an actress?

I can't tell. When the time comes, I will know and you will know.

Artistes have vices. Which is yours?

I don't drink, I don't smoke and I don't womanise. I just do my thing and I love being in my house watching TV. I love sports and I am an Arsenal fan. That is the way I relax.

If you were not a musician, what would you have been?

My father wanted me to become a lawyer but because this is how God wanted it, I became a musician. I don't regret doing music because it has made me popular. If I had become a lawyer, I don't think I would have been this famous.

Are you interested in politics?
We only know today, we don't know what is going to happen tomorrow. If I end up becoming a politician, I will shape the lives of Nigerians the way I have used my music to do  same.