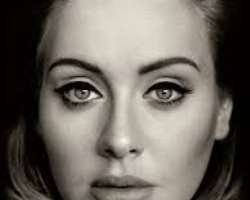 The album, which features hit singles “Hello” and “Send My Love (To My New Lover)” was recognized for reaching diamond status in less than a year.

The British singer received a plaque for her achievement at Madison Square Garden in New York on Monday night after performing a whopping six shows at the venue.

The Recording Industry Association of America awards diamond plaques to albums and songs that reach 10 times platinum status. That once was the equivalent of selling 10 million albums or songs but has changed since the RIAA began incorporating streaming from YouTube, Spotify and other digital music services.

So far, “25” has sold more than 9 million copies in the U.S., according to Nielsen Music.