Our relationship with Tiwa Savage remains as strong as ever-Pepsi 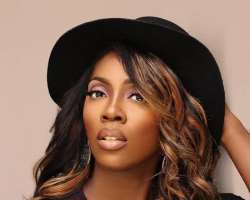 The rumours that Mavin singer, Tiwa Savage has lost her brand endorsement deal with soda giants, Pepsi hit the airwaves yesterday. The alleged reason was because of the controversies that her marital problem had caused the brand. This is totally false.

Last month, Tiwa Savage had another opportunity to show the stuff she's made of at the just concluded Gidi Fest, which was co-sponsored by leading soft drink, Pepsi. Her scintillating performance had sent the audience into ecstasy as she drew from her rich repertoire that has won her several awards both locally and internationally over the years. She is a strong ambassador of the brand alongsideWizkid, Davido and Sheyi Shay .

To clarify these rumours, Sunil Sawhney, the Chief Executive Officer and Managing Director of Seven Up Bottling Co Plc, on Monday, confirmed that Pepsi is still in business with Tiwa Savage. “I will like to clarify, that our relationship with @TiwaSavage remains as strong as ever #pepsi+Tiwa”

Apart from Pepsi, Tiwa is also a brand ambassador to several companies. Recall that early this year, she was unveiled as the new advocate for diaper brand, Pampers for the brand's new campaign, 'Moms Knows Best.'

The various brands she is representing are not threatened by her marital problems.