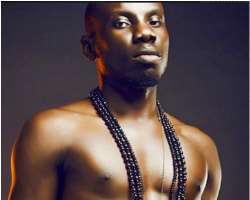 Afro Centric rapper Blackmagic in the last few days has sprung engaging discussions and trends with fans on social media with his iLoyal trend. With engaging photos and tweets.

Black Magic began this trend by posting the tweet "Are You Loyal? What are you Loyal to? #iLoyal #BOB". He continued by posting photos of National heroes like Fela Kuti, MKO Abiola & Attahiru Jega with powerful quotes on loyalty. Fans soon joined the band wagon and began to tweet the #iLoyal hashtag and retweet photos and formed their own quotes for the #iLoyal trend, On Monday evening this hashtag began to trend and engage fans so far.

This social media activity leads to Blackmagic's birthday tomorrow, one can only wonder what he has planned to celebrate him adding another year.

Join the conversation, tweet @ejayblackmagic with the #iLoyal hashtag and shine a light on someone who has expressed loyalty towards you.