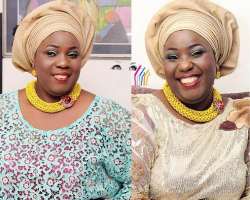 Making people laugh is one of the most difficult creative jobs one can imagine.

Without having the necessary talent to put smiles on the face of many, comedy should not be attempted at all.

People search for a form of relaxation, and they often opt for the option of a comedy show, to laugh out their problems.

The industry has strongly being dominated by the male, unlike other industry where the females were equally giving the men a good run for their money.

In a recent interview, popular comedienne, Lepacious Bose, addressed the issue as she pointed out fear of being embarrassed as well as failure is the reason behind the scantiness of females in Nigeria's comedy sector.

In her words: ''I think it is because of fear. As a standup comedian, if you are saying a joke and people do not laugh, the embarrassment is instant. Your shame is to the whole world at that moment. It is difficult for women to cope with that. It is more painful for women; the men can handle it somehow. Women would rather not venture into it because they are afraid of failure. They are also afraid of the embarrassment that comes with it. It is a job for someone with a thick skin. You need an inner stubbornness. That is why many females shy away from it.