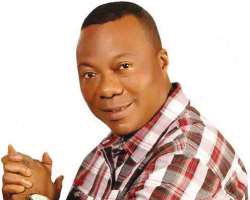 In the 80s and 90s, Dayo Kujore was one of the popular singers in the country. There was one thing he was popularly associated with during his reigning days as a singer; the presence of women. If there is one prayer that the singer always pray to God, it is never to shut out ladies out of his life and the reason is what you may love to know.

Dayo has released two albums some years back and has clapped back on those who said that he is missing in the music scene. He said that he is fully booked this April. . Although he is getting older, he said that he still have so much energy in him. He doesn't drink or eat anything before his performance because it might weaken him. After the show, he can decide to treat himself by knocking down some bottles of beer.

He said about women, “I always say one prayer when it comes to my female fans and it is that may God not shut out women from my life. Behind a successful man is a woman. The women hold me in high esteem and I reciprocate the gesture but I run away from anything that has to do with an amorous relationship or sex with female fans. I love women because I was brought to this earth by a woman, I am married to a woman and I have a female child as well.”