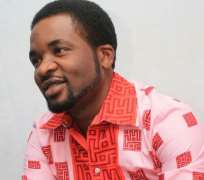 In recent times, we've seen many celebrities especially music acts, accuse on another of theft of intellectual properties. Sadly, it isn't taken seriously in our part of the world.

It however becomes even more disheartening when we hear about cases such as this one where some hijack use of materials meant for more serious issues without giving credit to the original owners. Such is the case of Jasmine Oguns an Alopecia sufferer who is accusing comedian Philip Azeke MC Wazobia of stealing a video belonging to her, which she had originally intended for awareness purposes on her health condition and turning it into a comic skit without her permission.

She sent in a letter explaining her side of the story with the video in question. Read below!

“MC WAZOBIA STEALS MY VIDEO ON ALOPECIA, EDITS IT AS A COMEDY SKIT & RELEASES IT ONLINE

My name is Jasmine Oguns. I have suffered from a disease called Alopecia for the last ten years of my life. If you are reading this and you do not know what Alopecia is, I will briefly educate you.

It is a disease that makes the hair on your head stop growing. Sometimes it even impairs the growth of hairs on your face (eyebrows, beard & upper lip (for men) and even the body.

Alopecia is an autoimmune disease and a hormonal disorder. It is not physically contagious but for any woman like me, emotionally, this disease can be extremely challenging. It strips your pride away and dwindles your confidence to a negative low. I will discuss my own personal experiences of stigmatization because of alopecia in due time.

Photographer, Anthony Griffin summed it all in the very recent photo-shoot he did where he beautifully captured several female Alopecia sufferers that “It can result in social phobia, anxiety and depression, especially for women for whom a deep, personal relationship between hair and self-esteem has existed throughout history, philosophy and religion.”

Even celebrities like Tina Turner, Naomi Campbell, and Beyonce have been strongly rumoured to suffer from alopecia. Several of their colleagues also donate millions to support alopecia sufferers but in Nigeria, victims are stigmatized and suffer.

Men are affected by alopecia too. But they can get away with it by being called ‘bald & sexy’. A woman’s hair is her crowning glory. Hair loss from Alopecia can drive you to the verge of suicide if you do not get emotional support. It is not to be joked with.

MY COMPLAINT:
A while ago, I started an NGO, (Heroic Alopecian Foundation – HAF) to create awareness about Alopecia and help reduce stigmatization. I paid a director called Edward Uka to shoot a video which was meant to be an intro for an extensive documentary on Alopecia. Edward introducedPhilip Azeke aka ‘MC Wazobia to feature in the video. (Engaging MC Wazobia was not even part of the initial plan).

When this video project was completed, MC Wazobia asked to use the video and I said “NO”. I was still editing it and was not fully ready to air it. As I write this press release, my video has gone viral.

MC WAZOBIA HAS STOLEN THE VIDEO, claimed the intellectual rights, edited it to look like a full blown comedy skit and released to gain popularity without acknowledging / giving credit to the true video source or originally intended purpose.

Wazobia FM, despite the enormous campaigns about piracy in Nigeria, even appended their watermark on my video and spread it through their online media channels.

I humbly ask you to help me expose and address this theft. Anything released to the internet cannot be retrieved. I will forge ahead and find other ways to modify and release my earlier intended project. But I want Phillip Azeke aka MC Wazobia to be sanctioned for his unprofessional and fraudulent act. Simply put, HE STOLE MY WORK.

I questioned him directly and he remains unapologetic, unremorseful, and callous about his actions. He has a right of reply to this release but I have already engaged the services of a lawyer to pursue legal redress and I will hand the lawyer all evidence required to prove my story.

I am so sad and traumatized that serious issue like Alopecia can be treated as comical in our country Nigeria. It is high time we start treating certain health issues with more sensitivity than we already are.  I am certain that women, who truly know the implication of hair loss, can also lend a voice to condemning MC Wazobia's actions.”

After he was asked to take the video down seeing as it wasn't his original content, here's what MC Wazobia said.