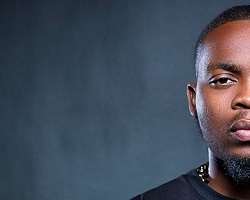 While some people are busy scouting musical talents, YBNL singer and boss, Olamide, has taken it upon himself to give back to the streets through soccer.

The award-winning indigenous rapper stated that it is not all about music all the time but sometime a little time with those on the street.

To achieve his aim, he has decided to organize a street soccer where the winning team will get some mouth watering rewar5ds which he has not disclosed.

According to him, “Not Everyday Music! Coming Soon! YBNL Street Soccer.”