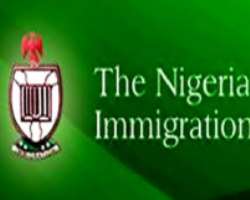 A PRO-DEMOCRACY GROUP- HUMAN RIGHTS WRITERS ASSOCIATION OF NIGERIA (HURIWA) has faulted the prosecution over alleged fraud of erstwhile minister of INTERIOR Mr. Abba Moro by the Economic and Financial Crimes Commission (EFFC) for the 2014 failed recruitment exercise into the Nigerian Immigration Services in which scores of youthful job seekers were killed.

HURIWAaccused the anti-graft agency of placing higher premium on money rather than partner with relevant law enforcement agencies, the federal and state ministries of justice to conduct professionally competent forensic investigation to determine the particular individuals who were specifically responsible for the fatalities that occurred during the seemingly flawed and fraudulent recruitment exercise.

The Rights group said Nigeria as a democracy must be more interested in bringing to trial individuals who mismanaged that specific failed recruitment exercise into the Nigerian Immigration Service in which citizens were deliberately exposed to deadly negligence resulting in the unfortunate demise of scores of young Nigerians who were simply out to seek for employment opportunities. “Nigeria must not value money more than the human lives that were wasted.”

Similarly, the Rights group said the suspicious manner in which the immediate past minister of interior was picked up after he vigorously worked for the electoral success of the immediate past senate president Mr. David Mark of PDP who defeated the candidate of the political party that controls Abuja (APC) has misrepresented the intention of the EFCC in such a way that people are beginning to interpret the prosecution as a direct attack on the opposition party for reportedly defeating candidates of the All Progressive Congress in virtually all the re-run National Assembly Polls in Benue, Kogi and Taraba States. HURIWA has therefore cautioned the EFCC to desist from playing the role of the official attack dog of the political party in power at the center.

The Rights group has therefore demanded that properly conducted transparent probe of that botched recruitment exercise is carried out so appropriate sanctions are applied to persons whose negligence led to the death of Nigerian youth just as the Rights group said that persons so charged for the multiple manslaughter could also be charged for alleged fraud in addition to the more serious charges of multiple manslaughter.

In a statement, the National Coordinator Comrade Emmanuel Onwubiko and the National Media Affairs Director Miss Zainab Yusuf said that for the avoidance of doubts, the Rights group is not protesting the decision to prosecute the former minister but we are not happy that the EFCC is paying more attention to the alleged financial fraud that characterized the charade called recruitment exercise in 2014 but has not shown any determination to show that government was also concerned about punishing officials who carried out the failed exercise in which human beings were left to die.

“Let it not be misinterpreted or misconstructed that HURIWA is unhappy that at last the immediate past minister is facing some kinds of prosecution over the 2014 failed recruitment exercise. As a Human Rights Organization concerned about the Right to life and other constitutional freedoms, we feel disappointed that government through the EFCC has only gone after the former minister over mere charges of fraud and has done nothing to more profoundly investigate the entire exercise with the intention of charging some officials for manslaughter.”

The former minister of Interior, Abba Moro and a deputy director in the ministry, F.O Alayebami were remanded in prison.

Justice Anwuli Chikere of a Federal High Court Abuja on Monday ordered their remand in prison shortly after they were arraigned over an alleged N675m fraud bordering on the controversial March 15, 2014 National Immigration Services recruitment exercise.

They are to be remanded in prison pending the hearing of their bail applications on Wednesday.

Moro along with the others are said to have allegedly defrauded graduate applicants of N675, 675,000 during the 2014 Nigeria Immigration Service recruitment, during which over 20 job seekers lost their lives.