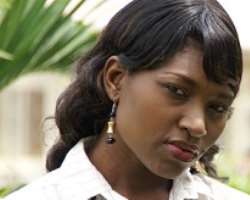 Love is a good thing but it depends on how the next person sees or perceives it that matters. Today, people say the reasons why there is misunderstanding everywhere is because people don't love each other even as the Holy Bible had written “Love thy neighbor as thy self.”

Nollywood actress, Ufuoma McDermott Ejenobor, has also corroborated the claims by stating that the reason why the world is in turmoil is because everyone wants to love the person they are familiar with while neglecting others.

She made this known after a fan had told her how much he loves her and she replied back but the fan made it known to her that she does not even known him yet she loves him back.

Chidera 'Gunners' abara: I love you so much

Ufuoma McDermott: I love you right back. God bless you

Chidera 'Gunners' abara: hahaha. Do you really know me, because I know you well