Strange: Girl claims to be pregnant by the Holy Spirit 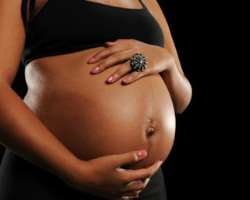 Strange things are happening all around the world that one keep imagining what is actually wrong. Just when you think you have seen or heard of the strangest, more keep popping up.

Recently stories of a 15 years old girl who is pregnant and claims that she is bearing the child of Jesus Christ have been making waves.

An acclaimed virgin girl has alleged a divine angel of being responsible for the act. Latifah Smith-Nabengana is from Ohio, she explained that after been visited by an “Angel of God” in July 2015, who told her that she had been chosen to bear the Christ's son, she discovered she was pregnant.

The teenager's claim is said to have surprised everyone in her family when she announced it to them. Being very religious themselves, they accepted her claim and gave her there support.