Why I Have Not Been Working with Wizkid…L.A.X 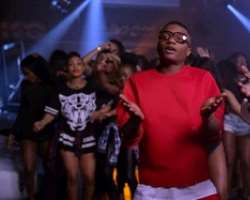 After releasing his hit song, 'Ginger' which reign in the various airwaves for a while, singer L.A.X, suddenly went silent but for a good course as he went to finalise his education abroad which he did successfully.

While fans are anxiously waiting to hear more hit songs from him, the singer recently explained that he will soon release some singles as he has about 60 songs recorded since he has plans to release his album also.

Speaking about the way people view him in the industry, he stated that he is not comfortable with the way he is being addressed as Wizkid's boy which is one of the reasons why he has not been working with Wizkid.

In his words with Punch, “I realised people began to say things like I am Wizkid's boy. They were calling me Wizkid's kid. Wizkid is an amazing artist and everybody knows that, but I am trying to create my own brand so that people will know LAX for who LAX is. I am not Wizkid's boy or his kid and that is why we haven't been working together a lot recently but we have recorded many songs together.”