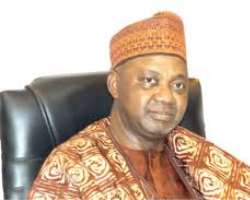 A former  Political Adviser to the ex-Vice-President, Namadi Sambo, Abba Dabo, on Thursday, explained to a Federal High Court Abuja why he returned N25million given to him  by the  National Publicity Secretary of the Peoples Democratic Party, PDP, Chief Olisa Metuh.

Dabo, who testified  in case, said that he quickly returned the money to the Economic and Financial Crimes Commission, after his name appeared in the list of those that  benefited from the $2.1billion arms fund largesse.

He testified before the trial court  as the seventh prosecution witness, PW-7.

In his Evidence-in-Chief, Dabo, told the court that on December 16, 2015, the 1st defendant, gave him the N25m to assist him (Metuh) to intensify publicity for the re-election of former President Goodluck Jonathan.

He said the N25m was paid to him through Metuh's firm, Destra Investment Limited's account, on December 16, 2014, five days after former President Goodluck Jonathan and Sambo emerged as the PDP's presidential and vice-presidential candidates at the party's nomination convention.

The Sambo aide said  said he returned the money on his own volition in January 2016 due to media publications indicating that it was sourced from funds meant for procurement of arms.

He said he decided to return the money to the EFCC because he could not reach Metuh, who was then in the custody of the anti-graft agency.

According to him,  “Unfortunately, there were reports in the media on this transaction with Chief Metuh linking it to controversial circumstances. I mean it was identified that Chief Metuh paid the N25m into my account through his company and that the source of the money was from the arms deal that was being discussed generally in the country.

“As a result of that publication, we thought we needed to explain, and because it was paid to my personal account , in my name, I decided to make a refund, and I paid it to the EFCC, because I couldn't reach Mr. Metuh that particular time.

“The newspapers were awash with the story that linked the money given to me to the arms money that was said to have been diverted to other uses by the Office of the National Security Adviser. On my own volition, I decided that the best way out of the rigmarole was to pay back the amount. I paid it back to EFCC.”

On what he did with the money givet to him, Dabo said that with the N25m which he got from Metuh in the build-up to the 2015 presidential election, he helped to promote the Jonathan-Sambo ticket, while  counteringnegative media reports against the then Jonathan-led government and the PDP.

He said he used the money to run the Media Support System which he had set up to boost the PDP's media profile in response to “vicious attacks” from Hausa radio stations and criticisms from the Nigerian media as well as the social media.

He said he also set up a team of facilitators and young Information Technology enthusiasts, who were active on the Internet to run a website, What's Up Naija.

He added, “From the money we received from Chief Metuh, we paid salaries and allowances of facilitators, bought equipment and computers for the young people working on What's Up Naija.

“We even paid that year's rent for our office at 12B, Deb Street, Off Danube Street in Maitama, Abuja. We also used that office to monitor the election.”

Dabo, who described Metuh as “a loyal party man, dedicated, strong and outspoken person,” said he, however, chose to refund the money to the EFCC following media reports linking the money to the botched purchase of arms.

“I decided to refund the money not only because it was from the NSA Office, but also because it was linked to the botched arms purchase deal,” Dabo said.

The EFCC is prosecuting Metuh and Destra Investments Limited on seven counts of fraudulent collection of N400m from the Office of the National Security Adviser on November 22, 2014 and money laundering involving cash transaction to the tune of $2m.

The prosecution alleged that the N400m which Metuh got from the NSA office and used for the PDP's campaign activities was “part of the proceeds of an unlawful activity” of the immediate past NSA, Col. Sambo Dasuki (rtd.).

But the trial judge, Justice Okon Abang, on Thursday upheld an objection raised by the defence to the admissibility of documents relating to the activities of the What's Up Naija and Media Support System as well as the tenancy agreement for the office used by the campaign platforms.

The judge rejected the documents relating to the two campaign platforms because, being computer-generated, they did not meet the standard set out in Section 84(1) (a) to (c) of the Evidence Act, and the tenancy agreement because the prosecution failed to lay proper foundation as to why it tendered the photocopy instead of the original.

Under cross-examination by the defence counsel, Mr. Onyechi Ikpeazu (SAN), Dabo confirmed that he considered the refund of the money “absolutely important,” and that he made the refund to the EFCC through three bank drafts.

“I wrote a letter to the EFCC attaching three bank drafts with a cover letter acknowledging that Chief Olisa Metuh, the PDP National Publicity Secretary, gave N25m to me on December 16, 2014 for the purposes of publicity campaign which was done by Whats Up Naija and Media Support System,” he said.

He said he did not mention the refund in his statement made to the EFCC on January 6, 2016 “because I needed to go to the bank the next day to make necessary arrangement.”

Fielding more questions from Ikpeazu, the witness confirmed that he was at Metuh's home in Gudu area of Abuja on the day he was arrested while trying to find out the source of the campaign money from him.

“Up till now, I have not have the chance of meeting with him,” the witness said.

He confirmed that former President Jonathan, the Federal Government and the PDP benefitted “immensely” from the media works Metuh engaged him for.

Metuh attended the proceedings from home on Thursday, without handcuffs and prison officials around him.

Thursday was his first court appearance after he met his bail conditions and was released from prison.

Decked in a black suit with a pair of eye glasses, his gray beards which were left to grow during his 13 days of detention, had been shaved clean.

Like the previous court sessions, a battery of women party faithful in the PDP-customised wrappers, relatives and friends, filled all available spaces in the court room.

After the court proceedings on Thursday, they surrounded and accompanied Metuh to a waiting Prado jeep which later drove him away.