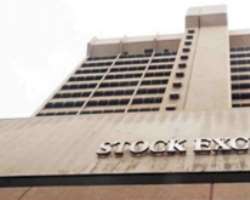 At the end of trading, the market capitalisation lost N93 billion or 0.95 per cent to close at N9.664 trillion, against the N9.757 trillion recorded on Monday, amid profit taking.

The Cement Company of Northern Nigeria also chalked up 84k to close at N17.64 per share while Seplat and Access Bank followed with a gain of 10k each to close at N203.10 and N4.95 per share respectively.

A breakdown of the activity chart indicated that Custodian and Allied Insurance emerged the investors' delight, exchanging 46.04 million shares worth N188.22 million, traded in 23 deals.