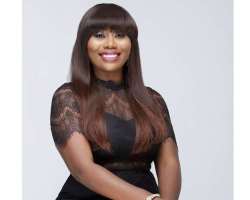 Nigerian music has evolved over the years with the consistent introduction of new sounds and players.

The increasing need to evaluate these players and sounds on a reputable platform has also followed suit and we have taken it upon ourselves to make this happen.

To do this, Sounds.ng has searched within the ranks of the Nigerian music industry for the most powerful voices and relevant players to form a jury worthy enough to cross-examine Nigerian music.

This jury is be made up of individuals who have distinguished themselves as industry experts, sound analysts and music lovers in their varying fields. Their jobs will be a weekly task of turning out the best of the best Top 40 Nigerian music. Without further ado, here are the Sounds.ng Top 40 jury members:

1. Tosin Adeda: Tosin is a music critic and analyst. He is notably the only blogger who crossed Burna Boy’s path and didn't get “Murked”.

3. Osi: Beat F.M OAP, Osi Suave, has a vast knowledge of music acquired from years of working on air.

5. Gbemi Olateru-Olagbegi: Gbemi is an award-winning broadcaster on Beat F.M.

7. Tosyn Bucknor: Area Mama, Tosyn Bucknor is not your everyday on-air personality. She owns a lifestyle blog, hosts a highly rated morning show called the Voice of Lagos and has an alternative-rock singing alter-ego known as Con.tra.diction.

8. Chin Okeke: Chin is the founder of Eclipse West Africa, a branding and communication company with a focus on the entertainment industry.

9. Remi Ogunkayo: Remi is the group Chief of Staff for Red Media Africa, the publishers of YNaija online and magazine.

10. Audu Maikori: Audu is one of the founders of Nigeria’s hip-hop headquarters, Chocolate City. He is also one of the most respected judges on the Nigerian Idols.

11. IllRymz: Radio, TV show host and all-round superhuman Olowu IllRymz Adebola conquered the Nigerian airwaves by hosting a pan-Nigerian syndicated show that ran across 5 major radio channels nationwide. He is the host of the Nigerian Idols.

12. DJ Lo: Cleopatra Amartey is a Lagos bred Ghanaian DJ who has a major focus on Electronic Dance Music (EDM)

14. Wilfred Okiche: Wilfred is a music head and writer at 360nobs.

15. Joey Akan: Joey Akan is music critic and poet. He is also a writer at Pulse.ng

16. Jim Donnett: Jim is an editor at one of Nigeria’s largest digital music platforms, tooXclusive.

17. Omobonike Olofin: Omobonike is a music video production manager. She has companies like AjeFilmworks and Tokindrum pictures on her belt.

About Redux
Redux is a digital company focused on creating beautiful things, with a focus on mass audiences. The full service digital agency (broken into two arms for Products and Services) is founded and run by Kingsley Ezeani, who owns NIgeria’s biggest information portal, Information Nigeria (InformationNg.com), with over 2 million followers on Facebook. Drawing from the success of Information Nigeria, Ezeani is set to push the boundaries of Nigerian digital media through Redux. The company is founded in partnership with RED, which owns Africa’s largest portfolio of youth media brands, including YNaija.com, Rubbin’ Minds and The Future Awards Africa.