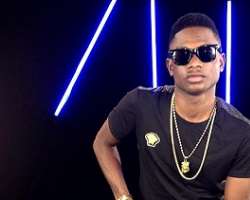 YBNL singer, Lil Kesh, does not seem to be bothered about fellow artiste, Reekado Bank, winning the Headies Next Rated Award of the night.

The singer whose boss, Olamide is still furious about the whole scene that played out in the night of the award between him and Mavin Records boss, Don Jazzy, says he makes more money worth the SUV every two weeks.

According to Lil Kesh, “Laughs, I make more than that SUV in two weeks.”

While some believe that Lil Kesh has worked so hard and deserves to have won the award, some are of the opinion that the singer still has better days ahead despite not winning the prize now.