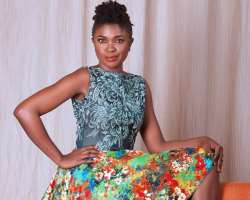 According to the statement, more people with proven track records are set to be announced in the next few days.

The statement reads, ‘Often time the dilemma of those who want to go into movie industry is the knowledge gap that needs to be bridged. They want to start acting but don’t know how to start, where to go for opportunities, how to improve skills and how to market themselves, how not to fall into hands of fraudulent individuals and their skills. Same goes for directing, movie production, scripting writing and other marketable skills in the industry.

It is to this end that Broadway Movie Academy is putting together a 35-class session where industry professionals will be on ground to teach prospective industry players and existing industry players (who want to deepen knowledge) on acting, scriptwriting, directing, production, cinematography, business side of the business (cinema runs and outside cinema business), becoming entertainment brand, how to promote yourself and your movie, marketing, how to be a viable entertainment brand and other industry-related subjects.

According to a statement, ‘the intention of the founders of Broadway Movie Academy is to produce ‘prepared’ graduates that will be able to do ‘things’ on their own in the movie industry and know where to call for necessary assistance that will help make them brand of reckoning in the industry‘.

'All students will also participate in a big budget movie that will be shot at the end of the classes. The movie which will be shown in cinemas across Nigeria with support from established brands in the industry will also afford the students the opportunity to have first hand experiences and kickstart their journey to stardom'

'If you attend 'Broadway Movie Academy' you should be able to kickstart a career in acting, directing, editing, production, scriptwriting and cinematography with insight of where to get necessary help. The beautiful thing about this is that you are also getting trained on how to become an enduring brand, market your brand and hug the limelight without getting consumed' the statement concludes.