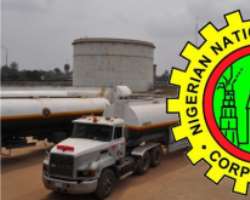 The report, which was released on Wednesday in Abuja, noted that the reserve would be enough to last the country for 24 days.

The NNPC, in the report, stated that 914 truckloads of fuel had been dispatched to petrol stations across the country.

It added that 1,939 trucks, conveying 64.04 million litres of the products, had been evacuated from its coastal depots to inland depots in the country.

Giving a breakdown of its PMS sufficiency, the NNPC report stated that the country had 321.23 million litres of PMS in its land reserves and 656.08 million litres in its marine reserves.

Quoting data received from the Petroleum Products Pricing and Regulatory Agency, the report further stated that 13 vessels were currently discharging or awaiting clearance to discharge a combined quantity of 314.454 million litres of PMS.

It added that Total, Techno Oil, Folawiyo, Matrix Energy and Rain Oil, each had one vessel.