Celebrating A Crime-Free Yuletide In Abia 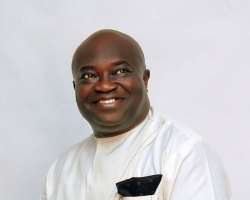 “Security of lives and property is of great importance to me and will be reflected in our coming actions and policies. My administration will continue to provide necessary support to the security agencies to sustain and uphold the current peaceful atmosphere”.- Gov. Ikpeazu.

The above words by Governor Okezie Ikpeazu during his maiden address on May 29 at Umuahia Township stadium indicate that security is central to the policies of his administration and would not be relegated to the background .Ikpeazu on another instance had assured Abians of strengthening the existing security situation in the state, and continuous support to the law enforcement agencies to improve and sustain a more efficient incident response time and introduce contemporary technology-based solutions to assist in the enhancement of Security.

Unlike in the past when the minds of Abians in Diaspora were agitated by the thought of how to spend the yuletide at home because of security challenges,the situation has changed for better and Abia is now a safe haven. Ikpeazu has added another cap to his hall of achievements.

This is to ensure that Abians, both at home and in Diaspora ,enjoy a crime-free yuletide. The governor has procured 20 modern patrol vehicles fitted with communication and monitoring gadgets for the police and other security agencies in the state to enhance inter-agency communication and improve their response time to distress calls from members of the public . The vehicles will be stationed at strategic locations across the state this yuletide.

This is as plans have been concluded to mount Close Circuit Cameras (CCTV) and vehicle tracking devices at some strategic locations in the state to discourage criminals from making the state their safe haven.

During the welcome party in honour of the 14th Brigade Officers Mess, held at the 14th Brigade Headquarters, Ohafia, the governor had also restated his administration's resolve to sustain its partnership with the Nigerian Army,adding that Abia State remains the safest state in the country for husiness and other activities.

The above efforts are few out of the numerous efforts by the governor to ensure that lives and property of Abians are adequately secured.

Part of the actions was the restoration of military roadblocks in the state to ensure kidnappers and other criminals did not take undue advantage of the exit of the military to resume their nefarious activities .

Shortly after the restoration of military checkpoints, another stride was added to the government’s efforts to ensure that Abians go to sleep with both eyes closed. A special security operational centre was established in Aba with open security phone lines to be used at the collation centre.

Establishment of the centre came on the heels of the launching of a special security outfit, comprising army, police, and SSS to check insecurity,especially kidnapping in the state.

It will be recalled that between 2007 and 2010 that a gang of criminals seized Abia State, especially Aba, the commercial-hub of the state. They made Aba their operational base, and the city became unsafe as kidnappers,rapists,armed robbers, oil thieves, cultist, and sundry criminals unleashed a reign of terror.

The activities took a huge toll on the economy of the state as banks and public commercial operators were forced to close shops .The situation also forced residents to flee the state enmasse. Also, prospective local and foreign investors were stiffly scared.

“Security, they say,”is a everybody’s business”. Therefore as the government does its bit in ensuring security of lives and property of the residents,individuals are saddled with some responsibilities to volunteer useful information to security agencies.

On the other hand, security agencies should improve their operations by swift response to distress. They also owe the public the duty to protect their sources of information. By so doing, the public’s confidence that was once lost would be restored. And more importantly, there should be stronger collaboration among the security agencies in the state.

Ukegbu is SSA to Gov. Ikpeazu on media