Never Look Down on People---Angela Okorie 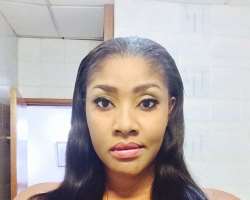 The much talked about Best of Nollywood Awards 2015, has come and gone with some celebrities walking home with various awards from various categories.

Popular film producer and director, Lancelot Imasuen, was not left out in the winners call as his movie, 'Invasion 1897' won awards for the Best Movie of the Year, Best Director and Best Soundtrack.