When Will Gov Nyesom Wike Constitute His Cabinet? 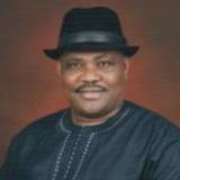 The All Progressives Congress, APC, in Rivers State notes with concern the so-called 100 days celebration by Governor Nyesom Wike which kicked off with so much self-adulation, distorted facts and misrepresentations in the media by the governor with one question begging for an answer: when will the governor properly constitute the state cabinet by appointing Commissioners?

As someone who is focussed and with a clear plan for governance, President Muhammadu Buhari shortly after being sworn in as President announced that he would appoint Ministers in September. Despite the curiosity expressed by some Nigerians and following recent appointments by Mr. President, it has become clear to many that President Buhari has clear strategic and tactical plans of what he is set out to do as the President of Nigeria.

Same cannot be said of the governor of Rivers State, Chief Nyesom Wike. What many may not know is that the governor is carefully executing his grand scam, laced with superficial quick-wins meant to deceive the gullible and wow the not-so-informed of our people.

As a sign that the governor was not ready to deliver good governance to the people, he constituted a committee to write a blueprint for his government weeks after having been sworn in to office.

Again, one hundred days after being sworn in to office, Governor Nyesom Wike is unable to name a single project or programme his government will undertake for the people. While there is nothing wrong in completing projects commenced by his predecessor, he has refused to do the simplest thing: acknowledge and give credit to the initiator of the projects he is now completing and claiming as his achievements in 100 days. This is indeed true to his character of betrayal.

On the surface, it appears no one can blame the hapless tenant on Nsukka Street, Diobu or somewhere in Borikiri whose street is being covered with asphalt from singing Hallelujah for Governor Wike. Yes, it appears that you cannot so much fault the dweller of Old GRA who sees men working to cover up potholes around Forces Avenue for clapping for Nyesom Wike. But in all, is the Governor telling anyone what the costs of these projects are? Does he have any explanation that some of these projects were awarded to him in the past and he abandoned them after collecting huge sums? Indeed, does Nyesom Wike tell anyone that most of those projects are being executed by his companies using fronts? In all the scenarios painted, the answer is a big ‘No’.

The APC is aware of the grand plan by Gov Nyesom Wike not to ever constitute the state cabinet by appointing Commissioners on the excuse that he would prefer the petition over the sham election that brought him to power to be dispensed with first. Knowing full well that he will not survive the tribunal, Governor Wike is determined to govern alone as a sole administrator for the period his government will last with himself as the Commissioner for Works, the due process office and everything else.

The ultimate objective of the governor is to use the period of his short reign to corner all the Federal allocations due Rivers State to line his pocket. This will be in addition to the numerous high interest bank loans he is garnering from Nigerian banks. At the end of the day, he will have sufficiently lined his pocket while his motley band of acolytes end up with crumbs by the time they will be chased away from Government House Port Harcourt by the tribunal.

The APC is also aware that, as part of the grand design by the governor, nearly all the functions usually performed by the office of the Secretary to the State Government have been formally moved to the office of the Chief of Staff, Government House, leaving his SSG to superintend over an office that is more or less as dry as Siberia for which he is already frustrated and complaining to confidants.

From all indications, Governor Wike is focussed on providing whatever he can to only 4 LGAs out of the 23 Rivers State has. Let us leave this aspect of our misery story for another day.

The APC would like to call on Governor Nyesom Wike to constitute the state cabinet by appointing Commissioners and make all other statutory appointments irrespective of the fact that his stay as governor is highly likely to be truncated by the tribunal, after all, government is a continuum. The excuse the governor is offering is only a facade to pull his grand scam on the good people of Rivers State and deceive even members of his own party.