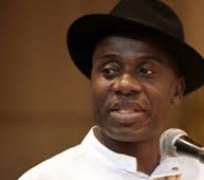 According to President Mohammed Buhari, “if we don’t kill corruption, corruption will kill us”. This popular quote reverberated all over my mind as I read the very detailed petition by The Integrity Group, an anti-corruption, non-governmental organization based in Port Harcourt, against the former governor of the oil rich Rivers State, Hon. Chibuike Rotimi Amaechi. Amaechi headed the Buhari Campaign Organization – the major group that ran General Mohammed Buhari Presidential campaign.

The said petition detailed a list of financial embezzlements, criminal breach of trust, and criminal conversion of Rivers state funds amounting to more than 70 billion Naira against Rotimi Amaechi. To authenticate their allegations, the group backed up their Petition with a sworn affidavit. This petition dated July 31, 2015 has since been delivered to President Mohammed Buhari and the Chairman of the Economic and Financial Crimes Commission (EFCC).

It may be recalled that since the creation of the EFCC in 2003, the commission has undoubtedly had its own fair share of challenges, especially in investigation and gathering admissible court evidences. So, it is good that the investigation by The Integrity Group would relieve the EFCC from the burden of investigative process to possibly prosecute Rotimi Amaechi.

For instance in the fraudulent sale of the state power projects, and conversion of proceeds, the petition detailed how the Rivers State Government with the approval of ex-Governor Amaechi hurriedly sold the power plants to a company called NG Power-HPS Limited for $302,400,000.00 (N60,000,000,000) at an exchange rate of N1 to N200.The Petition further stated that NG Power-HPS Limited paid the full value of the sale to the Rivers State Government through Power Assets State Proceed, a Rivers State-owned company with its account domiciled with Access Bank plc. What could catch the eye of any investigating officer is the suspicious transfer of $105 million (N21, 000,000,000) from the Power Asset Sale Proceeds Account with Access Bank Plc to the accounts of three private companies – all with the same business addresses in the first week of December 2014.

Against the backdrop of the anti-corruption posture of President Buhari, it is expected that EFCC would move quickly to investigate these allegations. Since the inception of this regime, the petition against the former governor, Amaechi is the only comprehensive, and confirmable charge with enough grounds to invoke an investigation. This is the only way fairness, justice, and the fight against corruption can be achieved.

Unfortunately, what we have seen from President Buhari so far is unfounded allegations ranging from the list of oil thieves handed over by the Americans down to the $6 Billion dollars whispered to Governor Oshiomhole by a faceless US official. President Buhari should know that the US Department of Justice has a laid down criminal justice system that begins with investigation, indictment, prosecution, and conviction before anyone can be labelled a thief or a criminal. Criminals in the United States are not determined by a list compiled by President Obama as Buhari is currently doing. The Judicial system must be allowed to run its full course without interference or intimidation as currently being done by the Daura-led security apparatus.

It’s no longer news that Amaechi funded 80% of APC Campaigns. In a recent interview with Channels TV, Governor Mohammed Abubakar of Bauchi State and also a Chieftain of the All Progressive Congress (APC) revealed that the former governor funded the ruling party with over 80% of the campaign money. With the detailed Petition of how Rivers State funds were criminally diverted to the accounts of five different companies in the first week of December 2014 – the peak of electioneering campaigns, the EFCC should at least determine how the N21 billion was spent either for the development of Rivers State and its people or for the funding Buhari’s Campaign.

As it stands today, the case against Amaechi would serve as the litmus test of the much touted credibility, integrity, and the anti-corruption posture of President Buhari.The President must as a matter of urgency, mandate the EFCC and all relevant agencies to carry out an investigation into the allegation made by the Integrity Group to determine the culpability or otherwise of Mr Amaechi. Any attempt to sweep this fraud under the rug would validate that Buhari’s war against corruption is a vindictive mission. It would also confirm this allegation that Buhari campaign was supported with stolen fund.

If Buhari, doesn’t kill this corruption oozing out from Rivers State, repercussions would radiate enough potential to kill his government. The question on everyone’s lips is “Will Amaechi go to Jail if found guilty?” Is this not part of the Augean Stable Buhari has been cleaning since May 29th?.