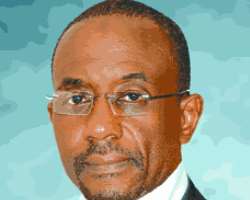 The bank, in line with the vision of the new management has also embarked on training and re-training of staff and also on massive promotion across the entire cadre.

The modest performance level has additionally impacted positively on the share price of the bank at the Nigerian Stoke Exchange (NSE), where the stocks witnessed a significant price rise from 96 kobo in September 2009 to a peak level of N1.32 in January, 2010.

The CBN Governor, who was visibly pleased about the development, said that contrary to criticisms, the intervention of the CBN in the banking industry last August has helped immensely to restore and increase customer confidence.

'I can assure you that the bank has returned to profitability, just like the CBN governor has said. There is a total turnaround in the bank, investors' confidence has been restored and the investors' can now be assured of better returns on their investment soonest' a senior official of the bank who pleaded anonymity said.

The top bank executive also said the return to the path of profitability has been made possible by the continued backing of the CBN and other strategies introduced by the Sola Ayodele-led Management from October last year.

Earlier the apex bank's Governor, Sanusi, while fielding questions in an interview on Channels Television recently saidSpring Bank Plc was one of four rescued banks that posted a profit last February.

Accordingly, the bank has been able to achieve a significant improvement on income during the period, while increasing liquidity ratio to about 50 per cent, thereby, doubling the required regulatory minimum of 25 per cent. It has also recorded a steady growth of the deposit base since the takeover in October 2009.

Happy with the early results of these strategies and the hardwork of staff, the Group Managing Director/Chief Executive Officer of the bank, this month, promoted 25 junior staff who have always maintained exceptionally high performance level.

Ayodele said in a statement to staff that the promotion exercise was strictly based on merit and will serve as a motivation to others while helping to renew staff confidence in the bank. She commended the staff of the bank for working assiduously with her administration and encouraged them to work harder towards the timely recapitalization of the bank in order to ensure optimum delivery of stakeholder value.

The Ayodele-led administration took over the management of the bank following the intervention of the Central Bank of Nigeria (CBN) in the banking industry in October last year.