Nigeria needs to invest in its oil says Emeka Ene 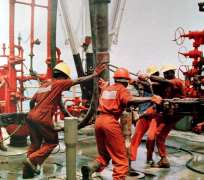 The decline in oil prices is heavily affecting Nigeria's oil and gas industry. As the precious black commodity slides, more and more workers are losing their jobs. According to Emeka Ene, Chairman of the Petroleum Technology Association of Nigeria (PETAN), about 6,000 jobs were lost in oil services in the first quarter of this year alone. Not enough money was raised to maintain the workers, and even the foreign workers were laid off.

To counter the loss of jobs, Ene strongly suggests that Nigeria must invest in its oil. Right now, the country's oil industry is strictly lacking in investments in order to make it on par with other oil-producing nations. Ene says that in the short term, huge investments can be made on the field where production have dropped down due to age, AKA brown fields, independents, and marginal fields. By investing in brown fields, Ene believes that the industry can increase oil production by at least 20 – 30%.

More and more companies are investing in oil because, as previously stated, the prices are extremely low. Last year, a barrel costs about $99 but today, it's swinging at around $48. Some oil and gas providers, despite the sliding prices, have been busy upgrading their facilities, which means they're confident that the precious commodity will soon rise again. Most recently, Basrah Gas Company awarded a contract to the newest member of IBBC, Unaoil, to modernize its compressors in West Qurna.

“So this is a time for Nigeria to actually do the opposite of what it is doing, which is to invest,” said Ene. “If the country doesn't invest, when demand will exceed supply, we will not have the barrels to meet that demand. Common business sense tells us that we buy low and sell high. This is the time to invest in our industry.”

Right now, Middle Eastern countries are doing exactly what Ene is saying. Kuwait is investing $34 billion over the next three years for the enhancement of its oil industry's production. United Arab Emirates, on the other hand, is investing about $36 million. What Nigeria is doing is the exact opposite, cutting its investments down to 30 – 40% despite very low oil prices.