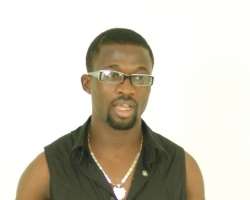 Alayeluwa Sule Alao Malaika recently escaped death by the whiskers when he was attacked by a yet-to-be-identified gunmen.

nollywoodgists.com gathered that KS1 as he is popularly called by his fans, was coming from an event on 30 March, when his newly acquired Bentley car was waylaid by a gold Honda car around Herbert Macaulay Street, Yaba, at about 11.30 p.m.

Investigations revealed that as soon as two of the occupants of the vehicle, reportedly armed to the teeth, came out of the vehicle, Malaika, who was behind the wheels, was said to have manouvered his way and escaped from the armed men, whose mission was unknown.

Speaking with nollywoodgists.com on the issue, Malaika said he is grateful to Almighty Allah for the narrow escape, stating, “I guess they were robbers because I was ridding an expensive car and more so, it was a bit late.”

The fuji music star, who ruled out any assassination attempt, added “I have no other business except music, so nobody can be after my life except robbers and that is the result of insecurity in the country. Well, I thank God.”